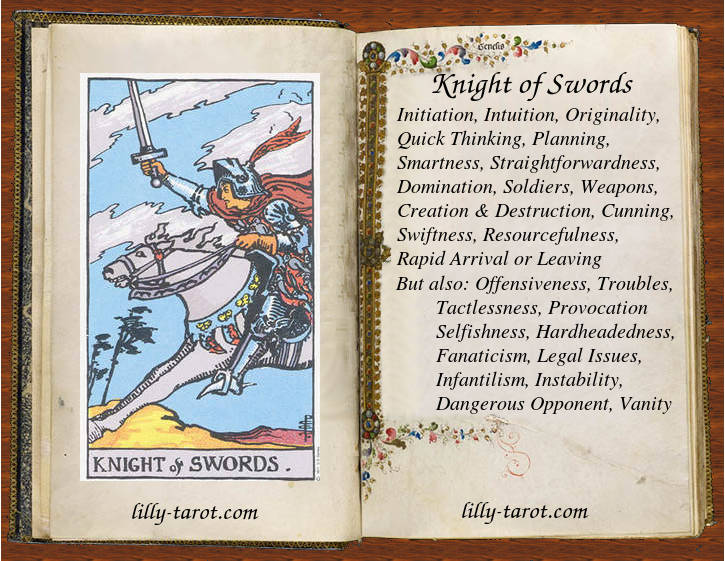 This guy very often has really ugly personality, the one you would usually address as psycho, sociopath, insensitive dork. Who ever had and experience with this type knows what I'm talking about. One of those unemotional dorks you wouldn't feel sorry to shoot or stab, several times just in case you know he is pretty dead because they are though. Jinx like them don't want to die that easily. Of course, I don't recommend you such radical act, especially because this scum isn't worth your getting stuck in jail. But, few slaps are very recommended, just as educational measures, because he doesn't give a fuck for nice and kind words full of love and affection, just though hand and character can put up with this saucy, pert and arrogant creature. And never feel sorry if you brake his ego because he just want and need this. Thus, you may save him from bad karma if you teach him a lesson. At least his ego is so boosted and he is so arrogant, so a little harm won't brake him absolutely.

If Knight of Swords ever walks into your life, know it's real challenge for your nerves, mental and physical health. He will put on test all your intellectual capacity. Don't worry if you find yourself in troubled waters with him, nothing strange. But one thing you need to know: piss him off if you think you can't put up with all his mind games, and if you think you can, the winner is the one who will endure longer and more. So think twice do you really want this psychic and mental nonsense torture. If you have such guy near you, I wish you good luck and recommend you to be badass as much as you can, at least bigger than he is. No mercy on his soul, and never feel sorry if you humiliate this jerk.

Ok, this was kidding at the account of the Knight of Swords type of personality. They are really disadvantageous but that doesn't mean that everyone of this species must be completely imbecile. There are some true diamonds in the dust but they are rare and thus more worthy of attention and price you have to pay for these earth-walking-Gods. It was a joke again. But what is the truth, they really possess specific personality and a lot of patience is needed for them.

Knight of Swords personality is intelligent over average and very self-confident due he is very aware of his intelligence and guts he has. They are sharp-minded and stubborn. There is no way for them to go slowly, step by step if they can direct, bold, ruthless and straightforward. They aim straight to the target. They are quick thinkers and have ability to go deep into the matter but miss moderation and patience. Very easily they may lose tact and then seem offensive and rough. At that moment they are best if avoided or totally ignored. Beside their brittle mind and intellectual capacity to dig deep into the matter of things, sometimes they have problem to keep the focus and patience. Concentration may be disturbed because they are inclined to nervousness and anxiety. Their mind is their biggest friend which they can always count on, except when it's restless and it's restless very often. So their mind become their biggest enemy which may lead them to many psychoses. Actually all the battles they fight against others are just reflections of their inner battle among their mind. The sad thing about it is always resents concealed hysteria, self-destructiveness, even psychic issues.

I guess you already have gotten the clue that their is something devilish and wicked with Swords family. And this Knight is of that kind. His the greatest fear is defeat, and all his strength, if we may call it strength, and courage comes from the fear of being defeated. He will use any means just to prevent defeat. And those means are sometimes very cruel, severe and ruthless so here we have on the menu selfishness, insensitivity, mercenary aspect, offensive behavior, insulting, cunning, cruelty, no carrying for other's needs and sensitivity - he just simply don't understand it, due to the fear of defeat he is near to be complete emotional invalid. His biggest care and interest is his own self and victory over everyone and everything which reaches the domain of fanaticism. He is also a master of infantile behavior or taking other's pattern of behavior in order to reach his goals, which may lead to conclusion that our Knight is double and poker face, in extreme form hypocritical. His motto is "the end justifies the means", which doesn't need to have bad connotation accordingly to which goal and which means.

Due to their restless behavior and courage they are prone to weapons, as a collectors or more often than users of those, or both. So they could be quite good in potential dangerous professions such soldiery, spies, cons-spies, generals or something such logistic, strategy, making battle plans and so. Kinds of dangerous activity such dangerous sports are not challenge for them unless they requires brain using and and at least minimal strategy.

Ok, this were quite negative features but there are a few positive. Knight of Swords as others from sword court family could be good executor in trouble and dangerous situations. He makes quick decisions, some right and some false, but at least he MAKES decisions. When in balance, he is great speaker whose words don't left anyone indifferent and apathetic. If he properly directs his energy to make able being concentrated and focused, to the fields of his interests and talents such math, philosophy, science, strategy where he may give his best, he has no equal. He has something what I may call dark charisma. Whatever he do, for good or for bed, he is efficient. The most impressive thing about him is that he may scratch deep into others motives and reveal all masks and pretending, unless he project his own weird and freaky trips. He, as he is, knows how to dig deep under the surface and reveal all dirtiness and corruption which lies down deep in human nature primary because he knows that all of these exist in him. Even his sarcasm might be seducing and charming. As I already said he knows to be quite childish so he knows how to cheer up others. But don't be fooled, this is just one of his many masks ;)

I make correlation between Knights and mutable signs, because both refers to moving, volatility and instability, as they come as they disappear, like a fog. As the swords are attached to air element, Knight of Swords, in my opinion, is related to the sign of Gemini - air and mutable sign. Of course, there are other schools of thoughts, which attribute Aquarius sign to Knight of Swords so the best way to find your own correlation is research. We are all basically subjective, no matter how we try to objective, and bring conclusions from own experience and even more, we bring conclusions accordingly to our characters, instinct, intuition, emotional states and view and finally, accordingly to our deepest nature. So what is truth for me, it doesn't need to be truth for you. At the end, more you work with Tarot and Astrology, deeper you go into yourself and that what certain cards and images represents for you, who they refer you to, which associations they awake to you and so. You'll notice trough the practice that the same people often appear in reading as certain cards, so you'll catch the clue.

As I have already written, courts may refer to certain person, be significator of you or the other one, may show your attitude toward certain situation, signals specific events, issues and situation, describe general atmosphere or relation, upcoming trends and so. So if you pull out any of them as the card of the day, it doesn't hurt to take all this into consideration.

Concretely, if you got The Knight of Swords as the card of the day pay attention at the next: you may get involved into conflict, you might be the one who will act in the manner of Knight of Swords, something unexpected may arrive, person, latter, document or so, quicker than you've expected. If you're going out hunting for partner and he is appear to be type of Knight of Swords, I must disappoint you. As fast as he arrives, faster he evaporates. They are good only as one-night partners and better don't expect to much of them, it may only break your heart if you're not the one of his species. Less you expect of him, more you are going to get, especially if you are versed in playing mind games. It is attractive to him. And don't try to limit his freedom by any means, freedom to talk, walk, do whatever he conceives. Most of that will probably be quite stupid, childish, no sense or weird, but let it be. Paying no attention will make him interested more.

So, if you want to implement such attributes and become trouble maker, you can use the card of Knight of Sword and meditate on it. By the way, it may make you be more determined and ease bringing hard decisions. Just don't rush into your downfall. And don't smile at his horse which looks like Lucky Luke's horse :)

I wish you like in this adventure and don't forget to equip yourself with all patience of this worlds and though nerves.