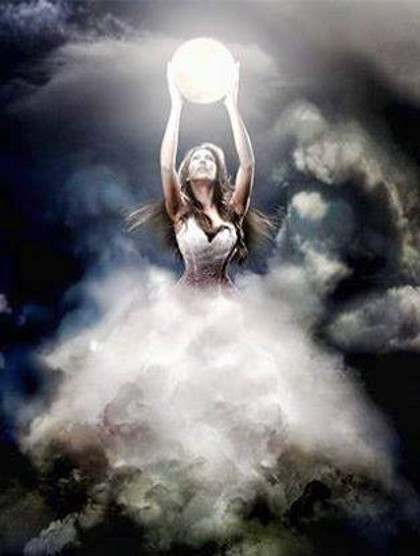 She is a secret and she keeps a secret. The High Priestess is the second major arcana in tarot decks and one of the most mysterious cards. To understand her and get closer to her many mysteries practitioner has to go step by step. Her veils are layered and every of numberless veils keeps something that patiently waits to be revealed. She is not in hurry and has all the time in the universe. She goes nowhere, others come to her. She doesn't need anyone, they need her. But, what are they looking for? For her or for her secrets to reveal? What is the secret, or does the secret even exists?

That's the secret too. Her still face tells nothing and everything. To get any closer to her the only way is to be like she is. The High Priestess will insensibly deny any kind of importunity because she is egoless and impersonal and totally uninterested in the outer world of triviality. She is totally devoted to her purpose as a guardian of unknown. As she is identified with her quest the only way to get any hint of her mystery is to identify yourself with her, to find her in your being, in your heart and soul, becoming fluid, ego-free, calm. Only then the door of the universe is opened to you.

"The most beautiful experience we can have is the mysterious. It is the fundamental emotion that stands at the cradle of true art and true science." - Albert Einstein, The World As I See It

The High Priestess is the highest and purest level of feminine principle: the most sensitive, the most beautiful, the most divine. She shows nothing but senses everything. She represents passive principle, the receptive spirit who absorbs impressions. In divination, she often points to passive state and inaction if it's about very practical thing. Also, it might be that the question may stay unrevealed for now, maybe it's still not the time for getting an answer. It might be that is too early or that the questioner isn't ready for it in some way or another. Some other divination meanings: 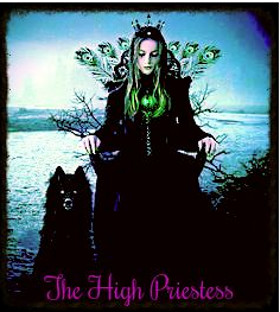